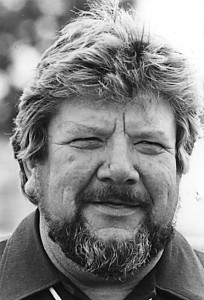 ORRVILLE — On the week in which the latest football team from Wayne County, Norwayne, will play for a state title, the coach of the first team to make it that far, Morris “Mo” Tipton, has died.

Tipton, who took Orrville to two state championship games in his 23-year coaching career at the school, died Monday in Georgetown, S.C., at the age of 75 after a short illness.

Legendary for his flair as much for his coaching success, Tipton, who often donned a cowboy hat on the sidelines, was 168-69-6 at Orrville from 1965-87. He also spent two seasons at Akron Hoban and three at Akron Coventry, compiling an overall record of 203-84-6.

Current Orrville coach Doug Davault, who lettered three times in the mid-70s for Tipton, grew up around him. Davault’s mother, Tipton’s wife Suzanne, and Tipton’s sister were all good friends.

“You just thought he’d always be here,” Davault said. “I talked to Mo about once a week during the season, and about once a month when the season was over, and we rarely talked Xs and Os. Once in awhile he’d want to know what we were doing, but for the most part, we talked about dealing with kids.

“Mo, No. 1, he surrounded himself with great coaches, and second, he made you feel like you were the best player on the planet. He just had a knack for that,” Davault added. “Anyone can X and O, but Mo had the ability to go beyond that, to get the most out of his players.”

After assisting at Orrville for several seasons, Tipton took over in 1965 for Bill Shunkwiler and went 7-3 in his first year, but the Red Riders were 0-9-1 in 1966.

Orrville made its first playoff appearance in 1980 and six in all under Tipton, and the ’83 and ’85 teams both advanced to the state title game before losing. His last four teams all won 10 or more games, going 43-6 over that span, and he was named Ohio Coach of the Year in 1980 and 1984.

He coached 31 All-Ohioans, including all three of his sons — Scot, Eric and Clay — and at Coventry would coach future NFL Defensive MVP James Harrison.

“I’m absolutely heartbroken. Next to my father, Mo was the biggest influence on my life, personally and professionally,” said Hallet, recently named the Ohio Athletic Conference Coach of the Year.

“He was bigger than life, and he filled a room with energy and enthusiasm,” added Hallett, who played for Tipton at Orrville and coached with him at Coventry. “Guy after guy would tell you about getting ready early in the morning for two-a-days, and Mo would come in screeching ‘Oh, what a beautiful morning!!’ in that awful singing voice, and you didn’t have a choice but to strap it up and get going.

“Where I am today is in direct correlation to him. So many guys in the coaching profession have lost a real friend.”

In an interview with Daily Record sports editor Aaron Dorksen just after his election to the Ohio High School Football Coaches Association Hall of Fame’s Class of 2010, Tipton shared stories about his career, and his methods.

After demonstrating that singing voice, he recalled a year when he had two quarterbacks who weren’t exactly the best of friends. Tipton didn’t want the two bringing team morale down.

“They really weren’t getting along at all, so I had them hold hands and run a lap around the school,” Tipton said.

Some of Tipton’s time at Orrville coincided with another Ohio coaching legend, the late Steve Smith, who guided the OHS basketball team to three state championships in the 1990s.

“Orrville was blessed to have two guys in Mo and Smitty who were, arguably, as recognizable as any two in the state,” Davault said. “They were two larger-than-life characters with winning ways. With their personalities, they exuded charisma.”

“Only Smitty could have come to Orrville and made basketball into what it became while Mo was there,” added Hallett. “I know they’re both up above today glad to see each other again, and telling some great stories.”

Tipton was an all-conference football lineman at Akron Ellet and at Cincinnati, where he played for Hall of Fame coach Sid Gillman. In addition to the Football Coaches’ HOF, Tipton was inducted into the Wayne County Sports Hall of Fame in 1986, and is also in the Orrville and Akron Ellet HOFs.

Tipton is survived by his wife, Suzanne, his three sons, daughters Bonnie and Julie, 15 grandchildren and several great-grandchildren.

Funeral services are pending, with Auble Funeral Home in Orrville assisting the family with arrangements.