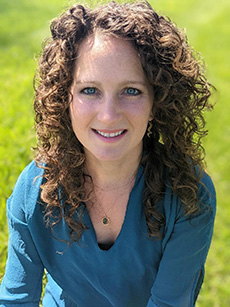 “If at first you don’t succeed, try again” isn’t always the best advice.

Nicole Camp is proof that sometimes it’s better to just try something else.

“My sophomore year at Norwayne, Mr. (Terry) O’Hare talked me into running cross country instead of being a really bad volleyball player, which I was,” Camp recalled with a laugh.

It might have been the best advice Camp’s ever received.

The longer the race, the better Camp was.

Camp was one of the best marathon runners in the U.S. for about a decade.

An extraordinary career as a cross country and track distance runner at Norwayne and then the University Toledo prepared Camp to win several marathons and compete in three U.S. Olympic Trials Marathon races.

Camp’s best marathon time was 2:37.26 when she placed seventh at the U.S. championships in 2013 in Minnesota.

Her many accomplishments also include winning the Rite Aid Cleveland Marathon in 2010 and 2011.

“Running down the final straightaway and finishing my second Cleveland Marathon, qualifying for my first Olympic Trials in 2011 is something I’ll never forget,” Camp said. “Sharing that day with so many family members, friends, and teammates was absolutely magical.”

She was a state runner-up in the 3,200 in Div. III as a junior and also in Div. II as a senior. She placed fourth in the event as a sophomore. She also helped the 4×800 relay team to All-Ohio honors as a senior.

In cross country she placed third at the Div. III state meet in 2003 in 18:54 and seventh in 2002. Camp’s favorite sports memory came as a senior, when she crossed the finish line at the state meet and then watched freshman sister Joni finish 14th.

“Watching Joni fight to finish the most challenging race of her young career to that point and earn All-Ohio honors made my final high school cross country race extremely memorable,” Camp said.

At Toledo, Camp was a co-captain of the cross country and track programs. She received second-team All-MAC honors in 2006 in cross country.

Camp moved back to Ohio recently after living and training in Boulder, Colorado for eight years. She is very close with her parents, Dave and Michele, brother Justin and sisters Joni and Christine, as well four nephews and a niece

She works for Smucker’s in Customer Logistics. While living in Colorado, Camp worked for a holistic health company as the product coordinator.

While Camp might not be training for a shot at the Olympics anymore, running for fitness and maybe some fun races will still be a part of her life for many years to come.

Running is what Camp was meant to do, even if it took someone else to help her realize it.