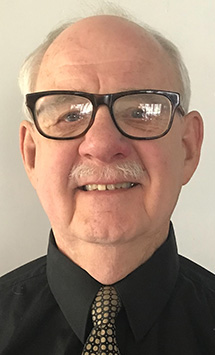 When he was at Wooster High School, Mike Gallagher coached golf, football and girls basketball.

The sports may have been different, but the results — mostly winning — weren’t.

With Gallagher on the staff — he was a head coach in golf and basketball and an assistant in football — the Generals advanced to state in all three. For good measure, he even assisted with the school’s Mock Trial team that finished as the state runner-up one year.

In 1986, Gallagher was an assistant on the WHS football team that went 11-2 and all the way to the state Final Four. As the golf coach for 10 years, he guided Wooster on three trips to the state tournament.

But it was during his 19 seasons on the sidelines leading the WHS girls basketball team that Gallagher racked up his most impressive accomplishments.

Playing most of those years in the ultra-competitive Federal League, the Gallagher-coached Generals captured 10 league or conference titles and made an amazing nine appearances in the Sweet 16 after winning nine district championships.

In two of those district-winning seasons, the Generals added regional crowns and advanced to the state Final Four for the only two times — girls or boys — in the school’s long basketball history.

Despite having All-Ohioan Marcie Alberts severely limited by a knee injury, the 1993 WHS team won its state semifinal before losing in the state title game. Following the season, Gallagher was named the Div. I Ohio Coach of the Year. The Generals followed an identical path in 1996, winning their state semi before losing in the championship game.

It’s no surprise that, even with all of his teams’ successes, Gallagher said “nothing specific” stands out as a favorite sports memory.

“However,” he said, “coaching afforded me the opportunity to build lasting relationships with athletes, coaches and administrators.”

Gallagher retired from teaching social studies at Wooster High, and after leaving Wooster in 2005, he spent time as the head girls basketball coach at Ashland and Lakewood High Schools and as an assistant coach at Brecksville-Broadview Heights H.S.

Of his days leading the Generals on the court, the WHS Hall of Famer once said “I had 19 years of opportunity to work with great coaches and wonderful athletes who were all willing to work toward goals with great enthusiasm. I worked with great players who worked hard to achieve their goals.”

He now lives with Charlene Godfrey (and a variety of pets) in a log cabin on 27 acres, and also spends time at his cottage on Kelleys Island.