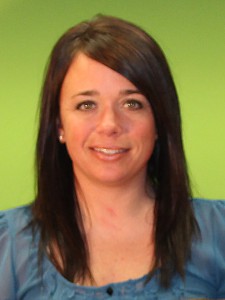 Julie Paolano Solis has come full circle as a member of the 2012 Wayne County Sports Hall of Fame induction class.

As a senior at Chippewa High School in 1992, she capped an outstanding career as a basketball, softball and volleyball player by being honored as the Chipps’ outstanding senior athlete by the WCSHOF.

Those experiences helped prepare Solis to go on to have a much bigger impact in the sports world, and make her a lock for the WCSHOF, as a high school girls basketball coach.

Solis owns a sparkling 205-62 career record (.768 winning percentage) over nine combined seasons as she’s been able to win whereever she goes. Solis’ teams have been better than ever the last two years, and better than any Ohio Div. I opponent for that matter. She’s directed Twinsburg to the 2011-12 and 2010-11 big-school state titles.

Known as Julie Paolano at Chippewa, she lettered four times apiece in basketball and softball and three times in volleyball for Chippewa.

Basketball was Solis’ top sport and the point guard helped jump-start the Chipps’ dynasty by playing on their first two regional teams (1989-90, 90-91 runner-up) and a district runner-up team (1991-92) under WCSHOF coach Denny Schrock.

Solis wound up her career third in Chipps’ history in career assists (402), third in career free throw percentage (72.6), first in single-season free throw percentage (81.5) and second in single-game assists (14). She was named first-team All-Wayne County Athletic League as a junior and senior and was second-team as a sophomore. She also earned Associated Press Div. III honorable mention All-Ohio and second-team All-District honors as a senior.

Last but not least, Solis was the Chipps’ MVP and a first-team All-WCAL honoree in softball as a junior and senior.

After high school, Solis played basketball at The College of Wooster for a year and then Hiram for three more. She graduated as the Terriers’ all-time leader for career, season and single-game assists.

A leader first as a player and now as a coach, Solis is once again back in the WCSHOF spotlight with a much-deserved honor.