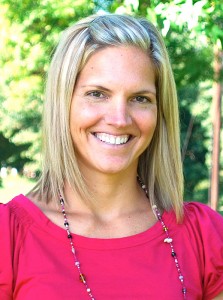 Before she became the head volleyball coach at Wooster High, where she has taken two of her teams to the state tournament, Jen (Maibach) Snowbarger was one of the best all-around athletes in the history of her alma mater. From 1990-94, she earned 10 varsity letters — four in softball and three in both basketball and volleyball.

In softball, Snowbarger was twice named team Most Valuable Player, and she helped the Generals win their first sectional title.

During her three seasons of varsity basketball, Wooster rolled up a record of 65-9. She was a frontcourt starter on the 1993 WHS team that made its first trip to the state tournament, where the Generals finished second.

As good as she was in those two sports, Snowbarger was at her best as a hitter in volleyball, especially as a senior. After a junior season in which she was named second-team All-Federal League and honorable mention All-Ohio, Snowbarger was the major force behind Wooster’s 1993 campaign as the Generals, 24-3 overall, made it to the state tournament. Following that season, Snowbarger was named District Player of the Year,The Daily Record and Akron Beacon Journal Player of the Year, and a first-team All-Ohioan.

Snowbarger earned a full-ride volleyball scholarship to Kent State, where she lettered four times for the Golden Flashes. When she graduated, she was No. 4 on the KSU list for all-time career kills, hitting percentage and total blocks.

Snowbarger got her bachelor’s and master’s degrees from Kent State, then became a math teacher at Edgewood Middle School, a position she holds today along with her coaching duties. Married to fellow 1994 WHS grad Michael Snowbarger, she also has three children — Luke (8), Sara (6) and Will (2). The Snowbargers live in Wooster.