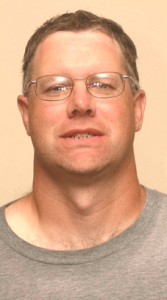 Today, Mike McCreary is making his mark as the head football coach at his alma mater, Wooster High School, where last fall he led the Generals to their first winning record since 1989.

Winning wasn’t a problem for McCreary when he played football. At Wooster, he led the Generals to Cardinal Conference championships his junior and senior seasons, earning first-team all-conference honors both years as an outstanding quarterback and linebacker. He was the conference Player of the Year in 1983, when he was a second-team All-Ohio linebacker, and first-team all-District.

McCreary was also a basketball standout at Wooster, lettering three times. When he graduated, McCreary was No. 3 on the all-time WHS scoring list. In this sport, he was also a two-time first-team All-Cardinal Conference pick and a first-team District IV and honorable mention All-Ohio choice as a senior. He was the team Outstanding Defensive Player in 1983 and MVP in 1984.

After earning a scholarship to play football at Toledo, he played for the Rockets from 1984-88.

As a linebacker, McCreary was named to the All-Mid American Conference second team as a junior. He followed that up by making first-team all-MAC as a senior, a season in which he served as a captain. The Rockets were MAC champs and played in the Las Vegas Bowl.

Upon graduation, McCreary signed a free agent contract with the New York Giants, but saw his career end cut to a back injury.