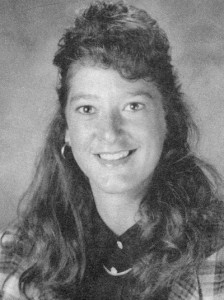 Earning two letters in basketball, Richards was the captain in her senior year.

At the University of Akron she played on both the indoor and outdoor track teams from 1989 to 1993, where she earned three letters. In 1991, she set a school record at U of A of 14.6 in the 100 meter hurdles and was the All-Ohio Sports Festival Champion. She also was national qualifier in the 100 meter hurdles in Division 1-AA. She was also her team captain in her senior year as U of A.

She graduated from the University of Akron in 1993 with a Degree in Elementary Education and taught for one year in the Orrville City School system. While there, she coached the seventh and eighth grade girls’ track team to a record of 8-1, winning both the Triway and Orrville Invitational tournaments.

Married to Tom Richard of Doylestown for six years, she currently teaches and coaches in the Norton School District.