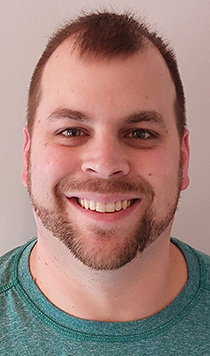 Kyle Kauffman was one of the most versatile football players in Wayne County Athletic League history. He’s also one of the most respected athletes to ever step onto a local gridiron.

The 2003 Smithville graduate earned first-team Div. V All-Ohio honors on offense as a junior and was a first-team selection on defense as a senior.

As if that wasn’t enough, Kauffman was named the WCAL Special Teams Player of the Year in 2002.

The Daily Record named Kauffman the Area Player of the Decade for 2000-09.

Much more important than individual honors to Kauffman, his Smithville teams won like never before at the school and he enjoyed a camaraderie he’ll always cherish.

The 2002 Smithies rattled off 14 straight victories before falling 33-18 to unbeaten Marion Pleasant in the Div. V state championship game, which was played in front of 9,310 fans at Fawcett Stadium in Canton.

The OHSAA state playoffs started in 1972 and no team from the WCAL had advanced to a title game prior to the 2002 Smithies. Only Norwayne has been there since, winning the Div. IV title in 2011.

Kauffman logged 118 tackles, ran for 992 yards and scored 159 points as the kicker and leader in touchdowns for the state runner-up team.

The three-way performer’s favorite sports memory is when the Smithies huddled up one last time after the title game loss. Continuing a tradition that Kauffman started, the Smithies circled up, held hands and gave thanks to God in prayer.

“With all the emotions from both sides, the entire stadium became so silent, you could hear a pin drop as we prayed,” Kauffman recalled.

Two other favorite memories were Drew Beichler’s fourth-down TD catch from Andy Foster at the back of the end zone to beat Dalton 21-19 in Week 8 and also winning a playoff rematch against the Bulldogs, 35-8, at Orrville.

“Each week, our coaches did a phenomenal job preparing us for the challenges we would face,” Kauffman said. “And, praying as a team at midfield after every game definitely brought us even closer as a team.”

The Smithies had shown signs of a big playoff run leading up to 2002. They won two games apiece in the 2000 and 2001 playoffs, including upsetting two-time defending state champion Amanda-Clearcreek on its home field, 15-12, in 2001.

Kauffman also played basketball and was picked for the Berkey Classic as a senior, as well as lettering in track.

Kauffman lives in Johnstown with his wife, Cristen. They have three children, Kayla, Kaia, 6 and Cole, 3. Kauffman has been an electrician for 10 years and works for Mid City Electric.