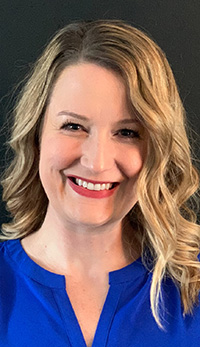 There are standout athletes, and then there are generational performers — those who transform the program in which they compete.

Whitney Hooley Hofstetter checked both boxes as she guided the Wooster High School girls swim team to the proverbial next level during a brilliant four-year career.

It all began in the mid-1990s when she started taking swim lessons at the Orrville YMCA. It was there that one of her instructors spotted her potential and suggested that she try out for the team. Her first taste of competitive swimming came at the age of 10, and two years later she joined the Wooster YMCA team.

A resident of Apple Creek, where she was home-schooled, Hooley Hofstetter open-enrolled at Wooster High School in ninth grade and had an immediate impact on the program. She was named the team’s Most Outstanding Freshman and went on to be named Most Valuable Performer each of the next three years.

A four-year letter winner, she was a Northeast Aquatic Conference (NEAC) All-Star all four years, winning the 100-yard backstroke every year, and the 100-yard butterfly as a freshman and a senior. She was also named NEAC Swimmer of the Meet and Performer of the Year as a senior.

She capped her career by placing second in the state in the 100 backstroke and fourth in the 100 butterfly as a senior. In addition, she became the first Wooster swimmer (male or female) to earn All-American honors after posting the 48th best time (57.44) in the nation in the 100 back — a school record that still stands today — and the nation’s 32nd best time in the 100 fly (56.33).

Hooley Hofstetter was named All-Federal League in her first three years, and first-team Ohio Cardinal Conference (OCC) as a senior. She was a conference champion in four events and OCC Swimmer of the Year as a senior. She also was sectional and district champion all four years in 100 backstroke, and as a senior, she set sectional records in both the 100 back and the 100 fly.

Incredibly, she never lost a dual meet race in the 100 back during her storied high school career, and won the 100 back in districts all four years.

Overall, Hooley Hofstetter was a nine-time All-Ohio performer, qualifying for the state championship meet all four years. She also was a key member of 200-yard medley relay and the 400-yard freestyle relay, both of which earned All-Ohio honors.

Not only was Hooley Hofstetter a terrific athlete, she was also an outstanding student, posting a Grade Point Average of 3.9 and graduating with honors.

Hooley Hofstetter blazed a trail that would be followed by her four younger brothers — each of whom became state qualifiers, making the Hooley/Orrs one of the most prolific swimming families in the history of the sport in Ohio.

After graduation, Hooley Hofstetter received a scholarship to Division I Gardner-Webb University. She won conference championships and set school records in the 100 back and the 100 fly and was a member of four conference-champion relay teams, helping to lead her team to three conference titles in four years.

Hooley Hofstetter stayed on for two more years, serving as a graduate assistant coach and earning a master’s degree in kinesiology at Georgia Southern. She later earned a degree in nursing from Ashland University and a master’s in nursing from Concordia University. She is currently a family nurse practitioner at East Holmes Family Care. She and her husband, Kevin, reside in Apple Creek.