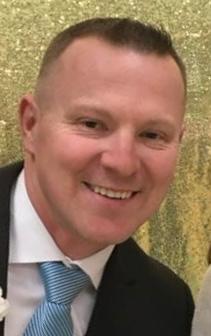 Shelton Riffle, a 1994 Orrville High graduate, was a stellar all-around athlete at OHS, earning nine varsity letters — four in track and field, three in football and two in basketball.

But, while there have been plenty of greats turned out at the school over more than a century, it could be said that Riffle “vaulted” his way near the very top of the best-ever Red Riders.

His career as a pole vaulter nearly ended before it began.

“The first time I ever tried the pole vault, I landed in the box, almost injuring myself permanently,” Riffle said. “Had it not been for the ‘negative encouragement’ of a few guys, I may not have given it another try a few days later.”

Not only did Riffle grab the pole again, he became one of Ohio’s best. As a sophomore, he contributed valuable points as Orrville finished second as a team in 1992, and in both 1993 and 94, he stood alone on top of the podium as the state champion pole vaulter.

His junior season was capped with a state title-winning vault of 15 feet, 9 inches. After setting the state’s indoor record with his effort of 16-3, Riffle returned to Columbus and defended his state crown, going 16-feet for the gold medal.

“Shelton was at his best in crucial pressure-filled situations,” said the late Mike Burkholder, the longtime track coach at Orrville, who called Riffle “the ultimate Red Rider.”

“Pole vault is an event with so many variables and I’ve seen many talented vaulters fall by the wayside in the tournament for various reasons, but never Shelton,” Burkholder added. “Shelton was a very versatile athlete. You could find him high jumping over 6 feet, long jumping over 20 feet and running the 400 in the low 50s. He was a top-notch performer in many events, but he dominated the state in the pole vault for two years.”

A captain of the football team and the co-Defensive MVP of the Wayne-Medina All-Star football game in 1993, Riffle earned a track scholarship to the University of Kentucky, where he vaulted 17-5 3/4 to rank nationally and qualify for the Junior Olympics in Europe.

While at UK, he won the pole vault at several invites, placed second at the Penn Relays and left the school as its indoor and outdoor record holder before transferring to Kent State and completing his career there.

“At my first outdoor meet at UK, I saw Carl Lewis and Michael Johnson compete in person, and then actually spent a few minutes talking to Michael Johnson. I was stunned,” Riffle recalled of his collegiate experiences. “And spending some time at the Olympic Training facility training with some of the best athletes in the world was an eye-opening experience.”

Today, Riffle is vice president at McCourt Marketing Group. He lives in Medina with his family — wife Christa, sons Jackson (14) and Tyson (12) and daughter Lena (10).