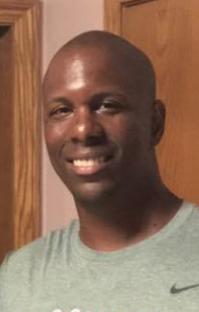 Renauld Ray certainly made up for lost time as a football player.

The 1996 Orrville graduate didn’t go out for the Red Riders’ grid team as a freshman or sophomore. However, he then decided to take on the challenge of adding another sport to go with his already well-established basketball resume, which would eventually include starring on back-to-back state title teams.

The rest, as they say, is history.

Ray burst upon the high school football scene as a junior wide receiver with 40 receptions for 732 yards and six touchdowns in 1994 for Coach Bill McMillan.

He then became a first-team All-Ohioan as a senior with 42 catches for 875 yards and a whopping 18 touchdowns.

He caught a game-winning 55-yard touchdown pass to help the North defeat the South 37-30 in the annual state All-Star game and also played for Ohio against Pennsylvania in the annual Big 33 All-Star Game.

On the basketball court playing for the late coach Steve Smith, Ray combined smarts and athleticism to team with fellow All-Ohioan Marcell Denson to lead Orrville to state titles in 1994-95 (Div. III) and 1995-96 (Div. II).

During his junior year, Ray was a special mention All-Ohioan and State All-Tournament team honoree.

He led the Riders with 18.7 points a game and was second with 6.2 rebounds.

As a senior, Ray was second for the Riders with 16.4 ppg., earned second-team All-Ohio honors and was again on the all-tourney team in Columbus.

The four-year letter winner ranks third in Orrville’s storied basketball history with 1.360 points, is fifth with 448 rebounds and second with 339 assists.

Ray now lives in Youngstown and has a job in the banking business, along with working for an agency that helps troubled kids and teens.