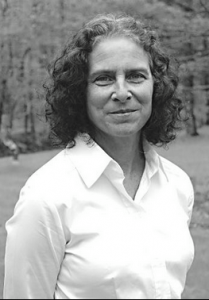 Chippewa freshman Linda Boyan starred in the very first girls state meet in 1975, practically leading the Chipps by herself to the Class AA team title.

Boyan took Columbus by storm as she was the state champion in the long jump (17-8), 100-yard dash (11.0) and 220 (25.1). Combined with teammate Keri Franks’ two medals in distance races, the Chipps edged Dayton Jefferson 46-44 to earn the distinction of winning the first girls track title back when the meet was held a week after the boys competition in Ohio Stadium.

Boyan went on to win two more state titles at Chippewa before graduating in 1978 and starring at Kent State. She was originally voted into the Wayne County Sports Hall of Fame with her younger sister, Carol Boyan (1979 CHS graduate), in the Class of 2008.

Living in California at the time, Linda was unable to attend the banquet. She moved back to Doylestown a few years ago and will now take her rightful place in the WCSHOF.

After the highlight-filled start to her track career, in 1976 Boyan was a member of the third-place 440 state relay team.

As a junior, she won the long jump again and also helped the 440 relay team to a first in 1977. It helped the Chipps finish as the state runner-up in the team standings.

Boyan also lettered for two years in volleyball and basketball while at Chippewa, graduating with a combined eight letters. She was a Junior Olympics national runner-up in the long jump in 1975.

Unfortunately, injuries kept Boyan from competing in track as a senior at Chippewa, but she came back strong to have an outstanding career as a four-year letterwinner at Kent State.

While at Kent State, Boyan competed in the Mid-American Conference long jump championships all four years and never placed lower than fourth. She held school records at Kent State in the long jump and 100 for a time.

Boyan also was a three-year letterwinner in field hockey for the Golden Flashes, earning offensive MVP in 1981 and team MVP in 1982.

Boyan coached the Chippewa girls track team from 2002-07 before moving to California several years ago.

Today, Boyan lives in Doylestown and works in retail sales.