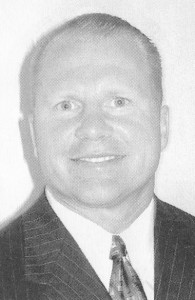 While coach Larry Kehres and his Mount Union College football team continue to rack up national championships, Mike Jarrett can take pride knowing that he was there when it all started.

Jarrett, a 1983 graduate of Norwayne High School, went from being a good high school football player to a great college player at MUC during Kehres’ first few years on the job.

A three-year letterman as a Purple Raider, Jarrett was a Div. III All-American defensive lineman.

He still holds the school record for quarterback sacks in a season (16) and tackles for loss in a game (6).

Jarrett played on 10-0 regular-season teams his final two seasons that lost in the playoffs.

He was a three-time All-Ohio Athletic Conference selection, and was twice named to the league’s all-academic team.

Additionally, he was the Purple Raiders’ Defensive MVP as a senior.

A co-captain his last year in 1986, Jarrett received arguably his greatest honor much later when he was inducted into the Mount Union Athletic Hall of Fame recently.

After he hung up his football equipment, Jarrett’s desire to compete didn’t stop there.

The Orrville resident has been an avid drug-free power lifter, competing in the Lifetime Drug Free Nationals and is a multiple-time Ohio Powerlifting champ.

He was runner-up at the U.S. National Masters Powerlifting Championships.

He also is a sports volunteer in the Orrville community.

As a Norwayne Bobcat, Jarrett won 10 combined letters, including four with the Norwayne wrestling team.

He won two each with the Cats football and baseball teams and was also a WCAL champion wrestler.

Jarrett was his high school team’s football MVP as a senior in 1982.