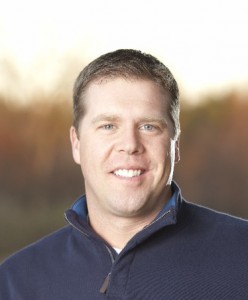 Matt Beaumont was a three-sport star at Rittman High School, excelling in football, basketball and baseball.

It was his left arm, however, that carried him into college and then into the professional ranks.

As a pitcher at Rittman, Beaumont posted a career record of 27-5, including six no-hitters and 419 strikeouts in 216 innings. As a senior, he was selected first-team All-Ohio after going 11-2 with an ERA of 0.56 and 182 strikeouts in 87 innings on the mound, and setting school records with eight home runs and 43 RBIs at the plate. That was good enough to get him drafted by the Houston Astros, but Beaumont elected instead to attend Ohio State.

That choice certainly paid off for the Buckeyes, where Beaumont led the pitching staff for three seasons. As a freshman, he was named Big Ten Freshman of the Year. The next year, he was named first-team All-Big Ten and was the Big Ten tournament co-MVP

Saving his best for last, Beaumont’s junior campaign saw him earn first-team all-conference honors again, be named the Big Ten Pitcher of the Year, and selected as a first-team All-American. 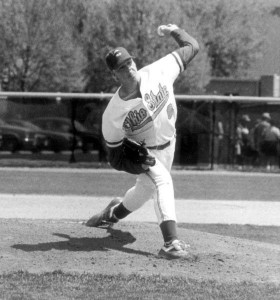 The Anaheim Angels then picked Beaumont in the fourth round of the June amateur draft, where a knee injury cut short a promising career that saw him make all-star teams in both 1995 and 1996 and named the 1995 California Pitcher of the Year.

During high school, Beaumont was a first-team All-Wayne County Athletic League football selection and an All-Akron Beacon Journal pick as a receiver, and he also played three seasons of basketball.