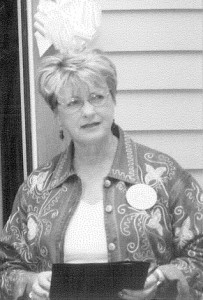 When Bev Crafton was a student at Smithville High, her participation in athletics was limited to the basketball and football cheerleading squads. When she came back after college to teach physical education at her alma mater, where she still teaches, Crafton made sure other females had bigger and better opportunities.

In 1966, Crafton started the girls’ basketball and volleyball programs at Smithville, which until then had not offered any organized athletics for girls, and she served as the head coach in both ending with two seasons at the helm in basketball and 10 in volleyball.

Two years later, in 1968, Crafton began the Girls’ Athletic Association at the school, for girls not involved in organized sports. The GAA is still going strong more than 30 years later.

Still breaking new ground, Crafton’s next accomplishment was starting girls track at SHS in 1971. In 1975, when Ohio had its first girls’ state track meet, nine Smithies qualified. Crafton coached the team for five seasons, including the 1974 campaign that saw Smithville win the Wayne County League championship.

Because there weren’t golf teams for girls in 1983; Crafton revived the SHS boys’ team and was its head coach until 1989.

Bev Crafton has earned numerous awards at the State level and many plaudits for her direction of Smithville’s McCay Relays.

She also deserves a debt of gratitude from Wayne County’s many fine female athletes—and even a round of cheers—for her role as a pioneer in creating athletic opportunities that she herself never had.