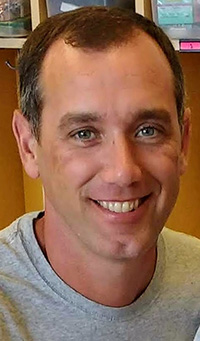 When it came to athletics, Josh Piatt was a natural. He dabbled in four sports at Norwayne High School — basketball, golf, soccer, and track — but it soon became apparent that one would stand out above the rest, and that was basketball.

Indeed, his skill on the hardwood brought him considerable acclaim, first at the high school level and later at the collegiate level. A three-year letter winner at Norwayne, Piatt had an enormous impact on the Bobcat basketball program. He was a three-year starter and was named first-team All-Wayne County Athletic League (WCAL) as a sophomore, junior, and senior. He helped the Bobcats capture two league titles, and was twice named to the Division III Northeast Inland team by the Associated Press as well as All-Ohio honorable mention. In addition, he was the Northeast Ohio District IV representative for the North-South All-Star game, which was played at Ohio State’s St. John Arena.

Piatt’s impressive scoring numbers rose steadily each year. He averaged 12.2 points per game as a sophomore and 15.8 points as a junior when he helped his team post an 18-7 overall record and earn a spot in the Sweet 16 after capturing the District Championship. His best season, however, was his senior campaign when he led Norwayne to a sparkling 22-2 overall record, a berth in the district championship game, and a No. 3 ranking in Division III for the State of Ohio. That same year, he averaged 17.7 points per game to finish with 1,042 career points, placing him third on Norwayne’s all-time scoring list. In addition, he tied the school record for three-point field goals in a game when he hit seven from beyond the arc, and he scored 20 or more points nine times, which was quite impressive, considering that all five starters averaged double figures in scoring that year.

In addition to basketball, Piatt lettered in golf as a junior and senior, and in track as a sophomore. He also played on the soccer team during its inaugural season in 1991.

After graduation, Piatt accepted a scholarship to further his education and continue his basketball career at Kentucky Christian College, which competed in the National Christian Collegiate Athletic Association at the Division II level. During his tenure with the Knights, the team won three national championships and posted an overall record of 108-38 for a winning percentage of .739.

A four-year starter, Piatt put up some prodigious numbers, averaging 15 points as a freshman, 23.5 as a sophomore, 21.4 as a junior, and 19 as a senior, while guiding his team to 22 or more victories each season, including 32 during his senior year. He was a four-time first-team all-region selection and a three-time first-team All-American. He was runner-up for the Pete Maravich Player of the Year Award as a senior and finished his career as the school’s all-time leading scorer with 2,569 points. Not only could he score, but he could also find his open teammates on the court, averaging close to five assists per game for his career. He received the ultimate honor on Feb. 18, 2000, when his jersey number was retired.

After graduation, Piatt served as head junior varsity basketball coach at Smithville High School from 2001-2005 and has been an assistant varsity coach for the Smithies since 2018.

Josh works for Amos Hauling. He and his wife, Julie, live in Smithville with their four children — Carter, Ethan, Brennan, and Ramey.