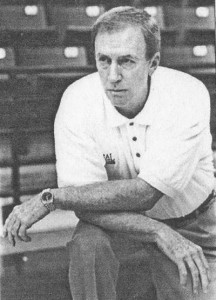 Dave Grube will be the first to tell people that he was fortunate to play for some pretty good coaches while at Northwestern High School and to get his first job as an assistant under a top-notch leader at The College of Wooster.

Grube took what he learned and applied his own work ethic and talent to become a Wayne County Sports Hall of Fame athlete and basketball coach himself.

A basketball and track athlete at Northwestern before graduating in 1962, Grube went on to play basketball for Kent State’s freshman team.

Grube turned his attention to coaching soon after graduating from Kent and landed his first college job as a graduate assistant for WCSHOFer Al Van Wie at Wooster from 1970-72.

He led Kent State to a 45-64 mark from 1992-96 after working as an assistant there for the previous six seasons.

One of Grube’s greatest thrills came when he was an assistant at CMU and the Chippewas won Mid-American titles in 2000-01 and 2002-03.

The 2002-03 team beat fifteenth-ranked Creighton in the NCAA Tournament before falling to Duke in the second round.

Grube was one of the area’s top basketball players of his era, earning first-team Beacon Journal and Daily Record All-Star honors in both 1961 and 1962.

He led the Huskies to the Wayne County League title as a junior.